Mr. Windholz is the President and Senior Consultant of Mackenzie International Strategies, an independent consulting firm that he founded in 1984, with headquarters in Montreal , Canada, and an Associate of HEP Hauser Estrategia & Participacao.
With over 35 years of experience in corporate management and development, Mr. Windholz has been associated with programs and projects focused in international strategic planning and development, international marketing, joint-ventures,  technology transfers, and capital project investments and its financing.
He has a broad experience as a consultant to Canadian, Brazilian and International companies and has worked in mandates in Asia, Europe, Latin Amerca and North-America.
Before setting up Mackenzie International, Mr. Windholz was the Corporate Planning Director for the SNC Group (today - SNC-Lavalin), reporting to the President and CEO of the Group for 11 years.
SNC-Lavalin is an international leader in engineering and construction, and a major player in the ownership of infrastructure, and in the provision of operations and maintenance services with revenues over U$ 6 billion. The Group and its companies have offices accross Canada and in 35 other countries, with headquarters in Montreal, Canada.
He was also the International Marketing Director, the Assistant to VP-Development, and Marketing Services Director of the SNC Group.
He is a graduate of Michigan State University, where he received his MBA in Finance and International Business, and from Escola de Engenharia da Universidade Mackenzie, in Sao Paulo, Brasil, where he obtained his degree as Electrical Engineer. He also attended the basic and advanced courses in Creative Problem Solving, at Synectics, in Cambridge, Massachusetts.
He gave courses in International Business at O'Sullivan College, in Montreal, Canada, and was a lecturer in the MBA program of McGill University, in Montreal, Canada, giving courses in Strategic Planning. He was a member of the Board of Directors of the Brasil Canada Chamber of Commerce, and Chairman of its Telecom Committee, and ex-President of the American Marketing Association, Montreal Chapter.

He is fluent in Portuguese, English, French, Spanish, German and Hebrew.

He graduated as an Electrical Engineer at Escola de Engenharia da Universidade Mackenzie, in 1968, and obtained his Business Administration degree at the Mackenzie University, in 1970.

Some of his key projects were: the transmission systems of the Tucuruí Hydroelectric Plants (PA), São Simão (MG), Fóz do Areia (PR), Água Vermelha (SP), as well as other transmission systems for the Cia. Vale do Rio Doce (Carajas), CEMIG, CESP, CPFL, CBEE, Eletronorte, Eletrosul and Light. He has worked as well in the assembling of sub-stations and industrial works.

As an independent consultant, Mr. Hauser has carried out mandates and assignments for the development and implementation of mining, electrical energy, basic sanitation, and eco-tourism integrated systems for the following companies:

Mr. Hauser carried out the planning and implementation of PROFAZ - Program for Tax Rectification for the State of Sergipe, and of the recuperation of the financial assets for the State of Rondônia.

He was contracted to direct the expansion system of TELERJ for the company Continental Essede Empreendimentos. 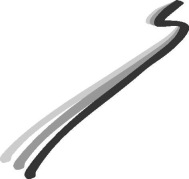